Going to a match, or watching a full video of it, always has a bit of luck of the draw. People aren’t machines, obviously, and as even football players are people, therefore it would be unreasonable to expect them to perform like they were machines. Obviously. Especially in such a high-pressure environment, with lots of moving parts and variables to take into account. We have also written a piece before about what different levels of performance stability can mean for different players, and for scouting.

But this leads to an issue in scouting because you can’t really watch every match the player has participated in. If a player has 2500 minutes of playing time in a single competition in a single year, you would spend just about a whole working week reviewing that footage. And that would be a week spent just on a single player. Which means four players a month if you are not reviewing other competitions or seasons he has played. So with a staff of six full-time scouts, you would just get to see 24 players per month.

That would be unreasonable in terms of output and also commitment. So you are left with only watching some of the matches the player has participated in. Or a compilation of his scenes, which has its own issues and can paint the player in a particular light. And unreliable information isn’t really information at all.

This leaves you with other questions when watching matches, but being unable to watch every match: Was the player at his best? His worst? Was this a regular performance or an outlier? How do I put his performance into a context of what can be expected of the player?

Of course, data can help here, and checking out something like the History page in Scoutpanel can offer insight. So let’s take a look at Antoine Griezmann for example, who enjoys the reputation of having a wide range of performance levels, to put it mildly. 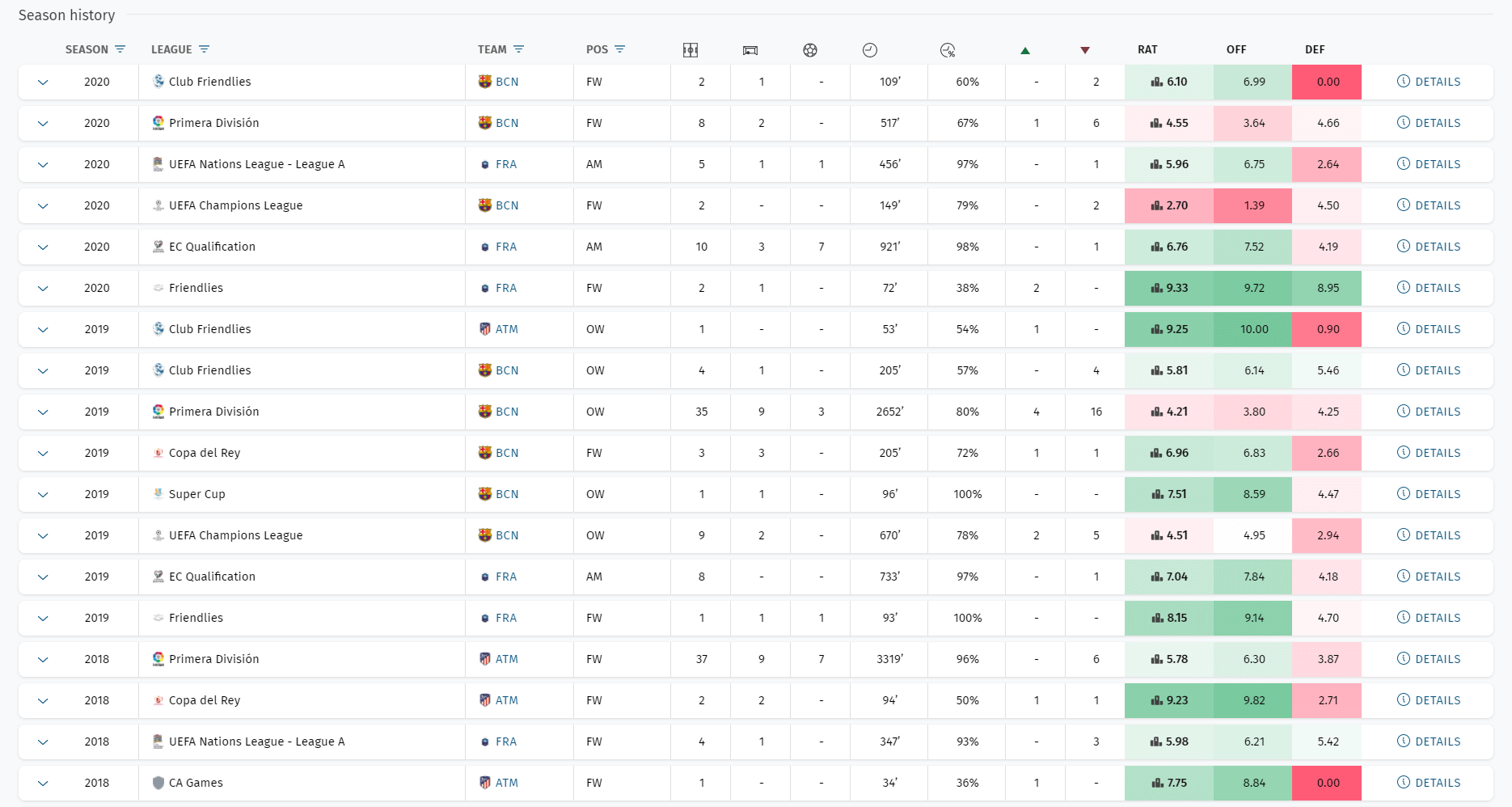 He has participated in a lot of competitions though, so we get a lot of visual input. But most of it seems fairly positive, with a lot of green boxes for overall and offensive rating. Let’s cut down on that and filter for just Primera Division performances. 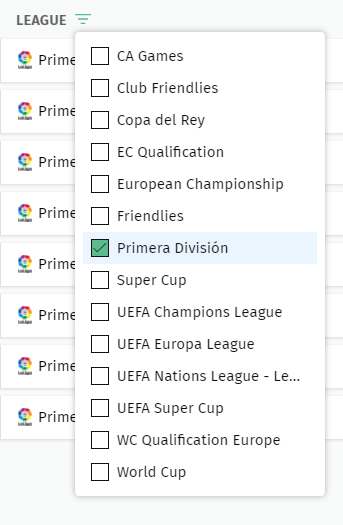 This looks more manageable and tells us of his progression during the years. Interestingly, after his breakout seasons in 2014 and 2015 after his move to Atletico, there seems to have been a downward trajectory, and then a significant change for the worse after going to Barcelona. We are going to take an even closer look at 2019/20, which allows us to examine a whole season. He seems to have settled at a slightly below-average overall rating of 4.21, having played mostly as an offensive winger. But there is a wide array of opinions if he’s a very good player or just not that good at all. Do the match performances support any of these opinions? Let’s expand that season into a detailed view:

Looking at just the first twenty matches of the season, it seems like he had been all over the place, with just as many good performances as bad ones, with some stellar matches and some painfully disappointing ones. Then again, he is a well-known player and by now he is kind of known for exactly this type of phenomenon.

But what about players you haven’t observed yet? Players you actually hope have not attracted too much attention and scrutiny, and with no general opinion on them available? How do you know which version of the player has turned up on a particular match day?

Scoutpanel offers profiles like that on more than 129,000 active players worldwide. Chances are that if you have seen a player in a professional match, we’ll have a data profile for him that helps you understand the player and put what you have seen into a larger context.