Let’s get this out of the way: Having the top scorer and being the top scoring team often go hand in hand. Players who score lots of goals are most often very expensive, which means only big and rich clubs buy them. These clubs tend to have expensive and good players on other positions as well, which should lead to a good team and lots of scored goals. Think Lewandowski at Bayern, Suarez at Barca, Benzema at Real.

But what about the tier below that? Not exactly top scorers, but close to it. And what are the expectations here?

Let’s look at two players from the Premier League then. Both have played a near-identical number of minutes as forwards in 2019/20. Both had 35 matches. Scouting a forward could be so easy: You sign a player, he scores lots of goals, job well done. Everyone involved gets a pat on the back, the media commend your keen sense in recruitment and the player’s instinct for goals, and you can get on with your day. 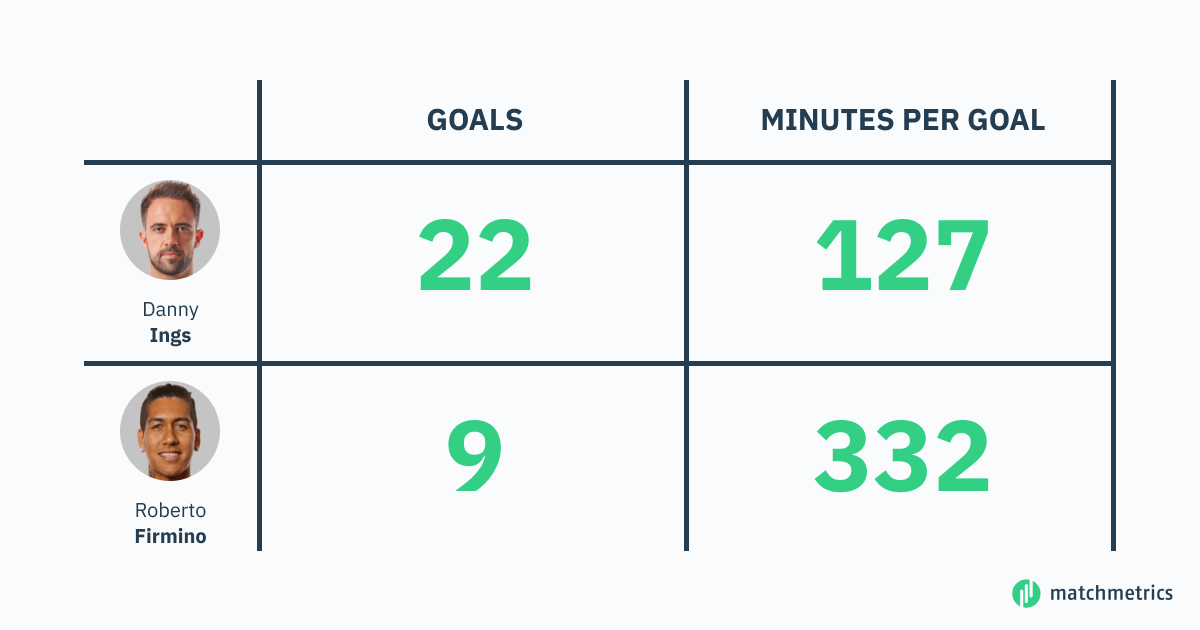 It’s obvious which one anyone would prefer. And when you follow through on this, it’s obvious that anyone would rather have 85 team goals and a forward who scored only 9 for himself than 51 team goals and a forward who scored 22. So it seems like judging the quality of an offensive signing just by the number of goals he scores must be for the simple-minded among us. Scoring as a player just means helping your team score, and if there are ways to play that help your team score more than when you attempted to score yourself, then this is worth more. Even if it is not as obvious on the pitch.

But, does data cover this in any way? Can this difference between the players be seen on a stats sheet?

Actually yes. Let’s look at the EPI we provide in Scoutpanel. 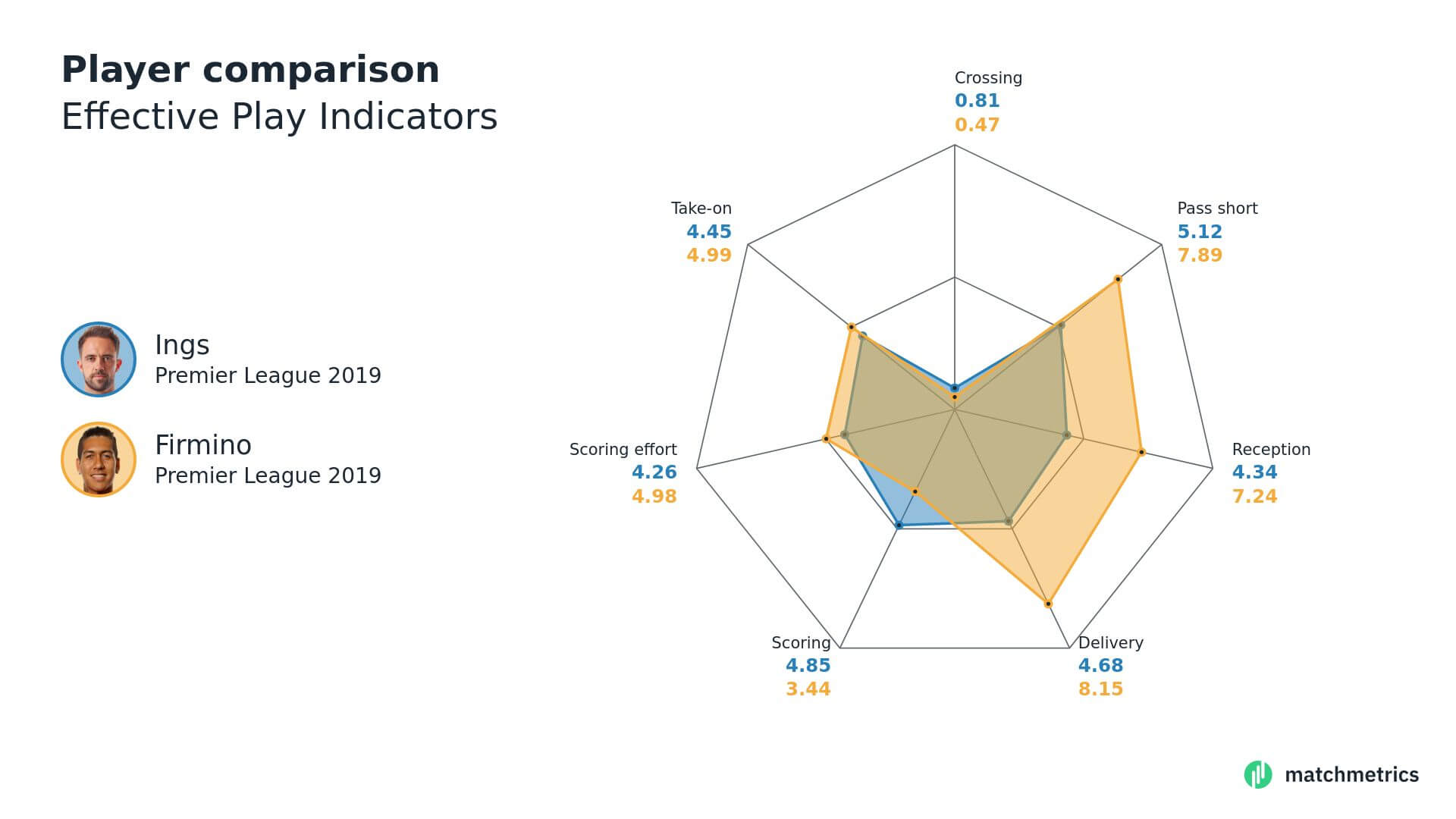 The first observation is that Ings has a higher Scoring rating than Firmino, which means he was much more efficient in converting his chances. This bodes well for scoring lots of goals. Both have a similar rating in terms of Scoring effort, which means the shot opportunities they had have been of similar value, and just about average for their position and competition.

But then you see three pieces out of the spider chart where Firmino excels while Ings falls short: Delivery, Reception, Pass Short. Delivery describes a player’s ability to deliver the ball into positions of offensive value. Reception, the counterpart to Delivery, describes the value of positions where the players successfully received the ball from his team mates. And, finally, Pass Short describes the value of a player’s build-up play with passes of a length of up to 32 meters. This looks at every single pass individually and evaluates the difference in value between the starting point and its end point, before summing this added value up to convert it into the given rating.

So Firmino is much better at structuring play from deep or wide, making himself available in positions of offensive value, and also delivering the ball to positions of offensive value, which means setting up his team mates so they can add value. He may not be the sole reason his team scored 34 goals more than Southampton, but he contributed significantly towards that. It’s not as easy to count as number of goals, but it can be counted, and it can be accounted. And you can find more players like that, who lift up your team as a self-carrying structure, not just riding along for personal glory in front of goal. 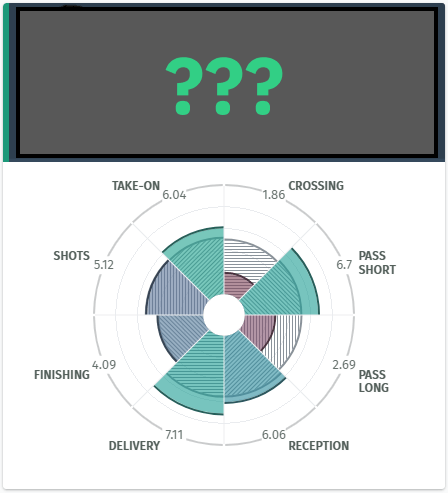 When you look in our database for players from the top five leagues, who are 27 or younger, have played at least 900 minutes, and have their rating in Delivery, Reception, and Pass Short at 6 or higher, you are left with five names: Mbappé, Paulo Dybala, Timo Werner, Joaquin Correa, and a player from the Bundesliga, whose name I have withheld. You are seeing his offensive polar chart above.

Want to know the player’s name? Interested in an obligation-free chat about how we could help your team? Contact us. We love to talk football.