Newcastle United has been the subject of a takeover by a group led by Prince Mohammed bin Salman after Mike Ashley declared the club was for sale nearly half a decade ago.

After years of struggle, and with Rafael Benítez and others arguably working miracles with very restricted budgets, the Northeast side find themselves in the relegation zone of the Premier League with numerous performances likely befitting of that table placement.

Across England, in the Northwest. we find Manchester City, also funded by a group from the Middle East. The Citizens have found great domestic success in recent years and despite many players being signed since Sheikh Mansour became owner of the club, installing a spine composed of Vincent Kompany, David Silva and Sergio Agüero has been pivotal for the emergence of the blue side of Manchester in English football.

Going back in time to understand how fortune has changed for Manchester City, we find the Citizens finished in 9th place of the Premier League in 2007-08, the last season before Mansour’s ownership. The panic and hype buys of the first season after this change highlight why pure spending power is not a guarantee of success, as the club finished 10th then.

With a continued club overhaul, from 2009-10 onwards the club’s worst position was 5th place, winning the Premier League five times and reaching the incredible mark of 100 league points in a single season, with two FA Cups and six League Cups added to the trophy cabinet. The greatly desired Champions League trophy though slipped away last season in the final against Chelsea and is still being chased by the Blue Moon and Sheikh Mansour.

Using Matchmetrics’ Scoutpanel we will profile three players that could be the foundation for Newcastle to build success. Kompany, Silva and Aguero were signed between the age of 22 and 24, so we will restrict our search to U24 players. Although Newcastle now has the richest club owner in the world, so money shall be no obstacle, there’s nothing fancier than buying smart!

Everything starts at the back 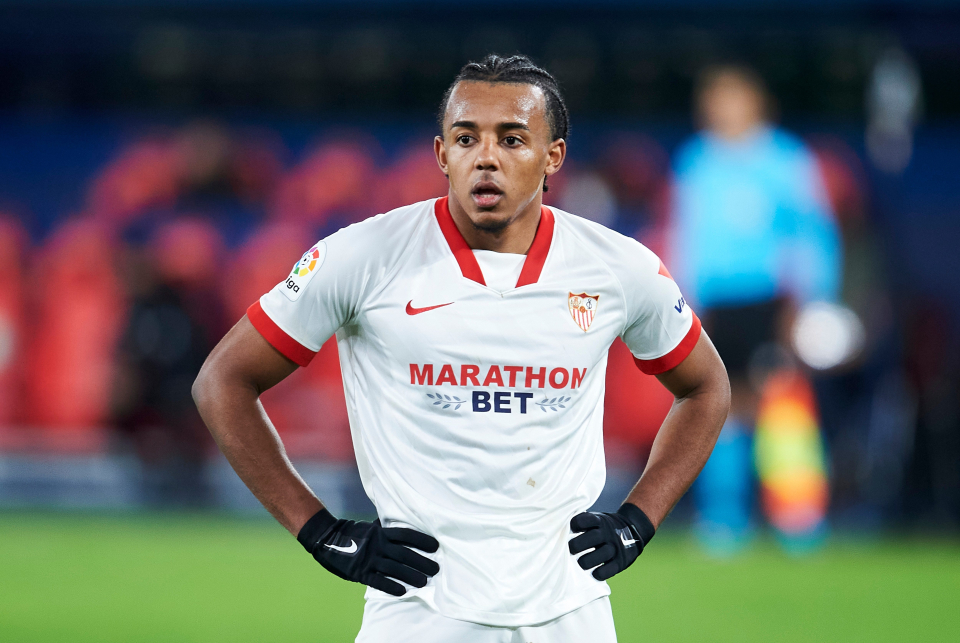 Jules Koundé was bound to sign for European Champions Chelsea, but the move fell out in the last days of the transfer window. Despite being only 22 years old, the french defender has over 120 league apps and 3 appearances for his national team. Valued at EUR60M by Transfermarkt it is believed that Sevilla could sanction a deal for a sum between EUR 70-80M. But how does such a sought-after athlete plays? 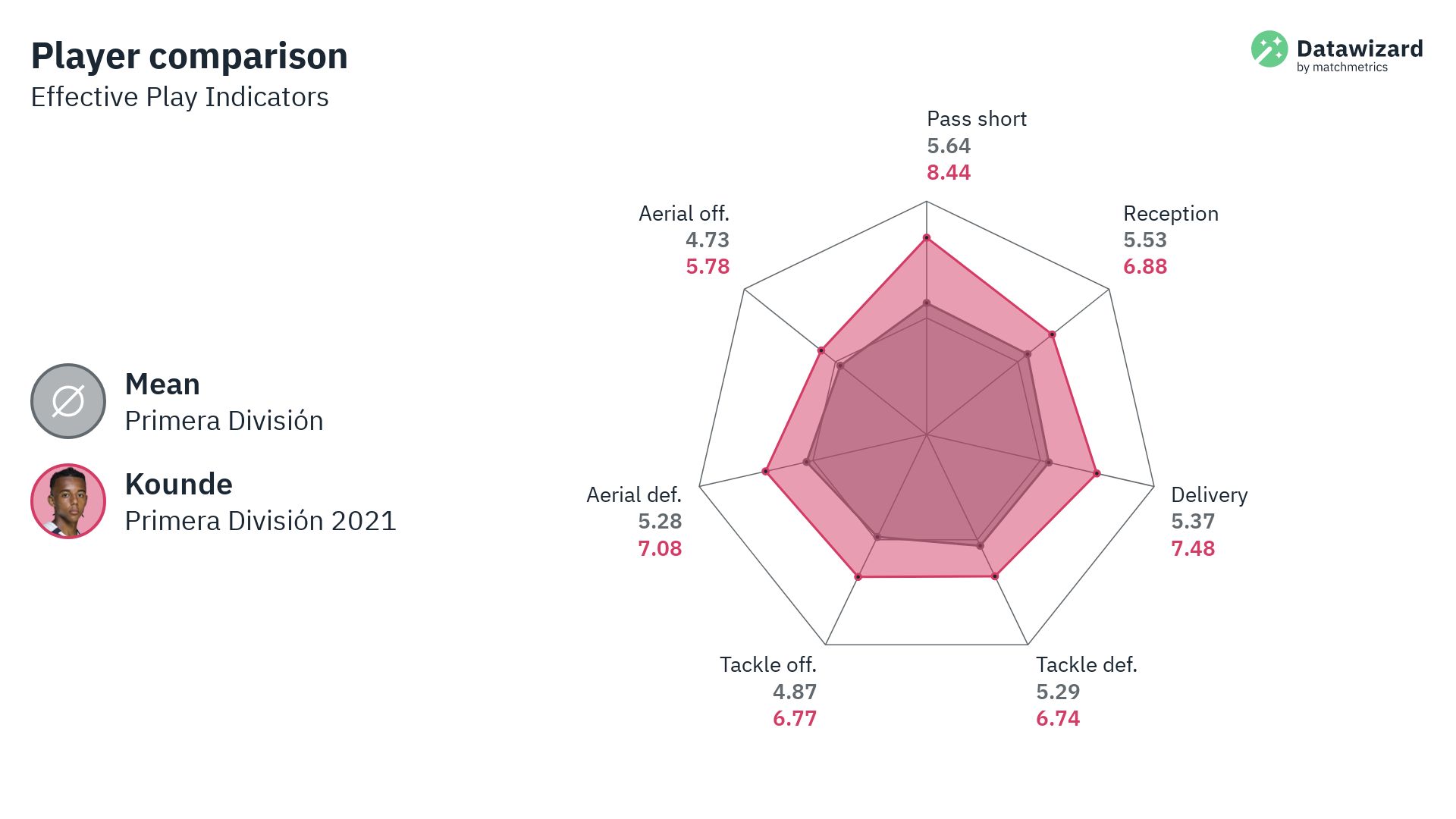 Koundé is a very complete defender. Scoutpanel’s EPIs shows that not only can he defend very well on the ground and in the air, but also is comfortable with the ball. It is not common to see such a young player so significantly above the average of a competitive league such as the Spanish First Division. Solid and yet with room for growth, if the player is to be convinced to be one of the pillars of the Newcastle revolution, this is a no-brainer and the Magpies should be all over him.

Callum Hudson-Odoi is struggling for game time in London and was even coveted for a loan move away from Stamford Bridge, however still finds himself as a squad option for Thomas Tuchel’s side. Still at the tender age of 20 years old, the player would not only add quality and a great future perspective, but his versatility and status as a homegrown player in the future would be key benefits to having him be part of the squad. 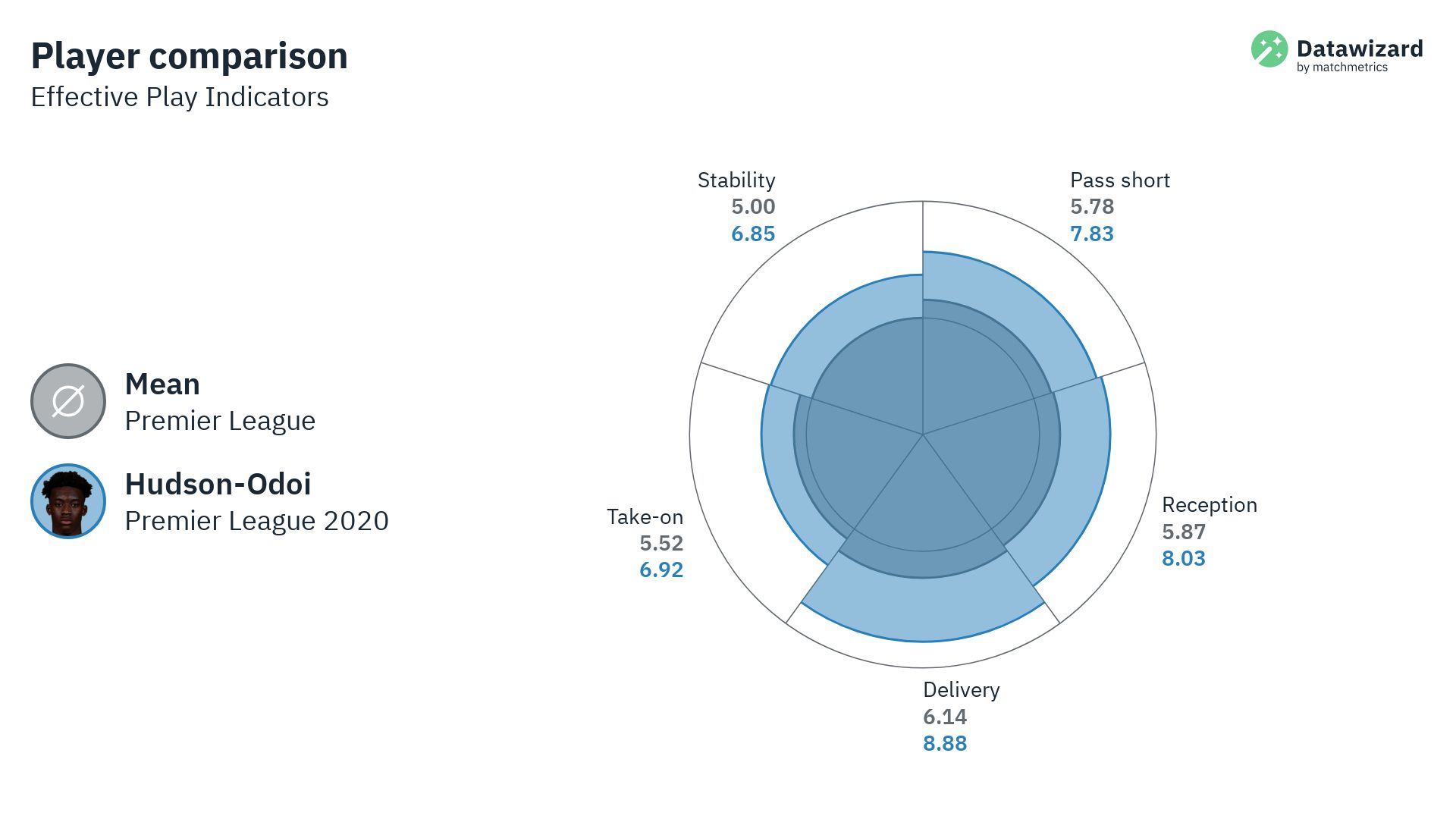 His EPI ratings underpin the quality the player has on the ball. Strong at 1v1 offensive duels and with great passing quality to add progression and create chances for his side, Hudson-Odoi is the type of player to puts opposition defenders on high alert every time he is in possession. Despite everything starting at the back, having this kind of technical quality in the final third to find spaces and score goals is very important to the success of any football club. And Hudson-Odoi is already familiar with doing so in the Premier League. 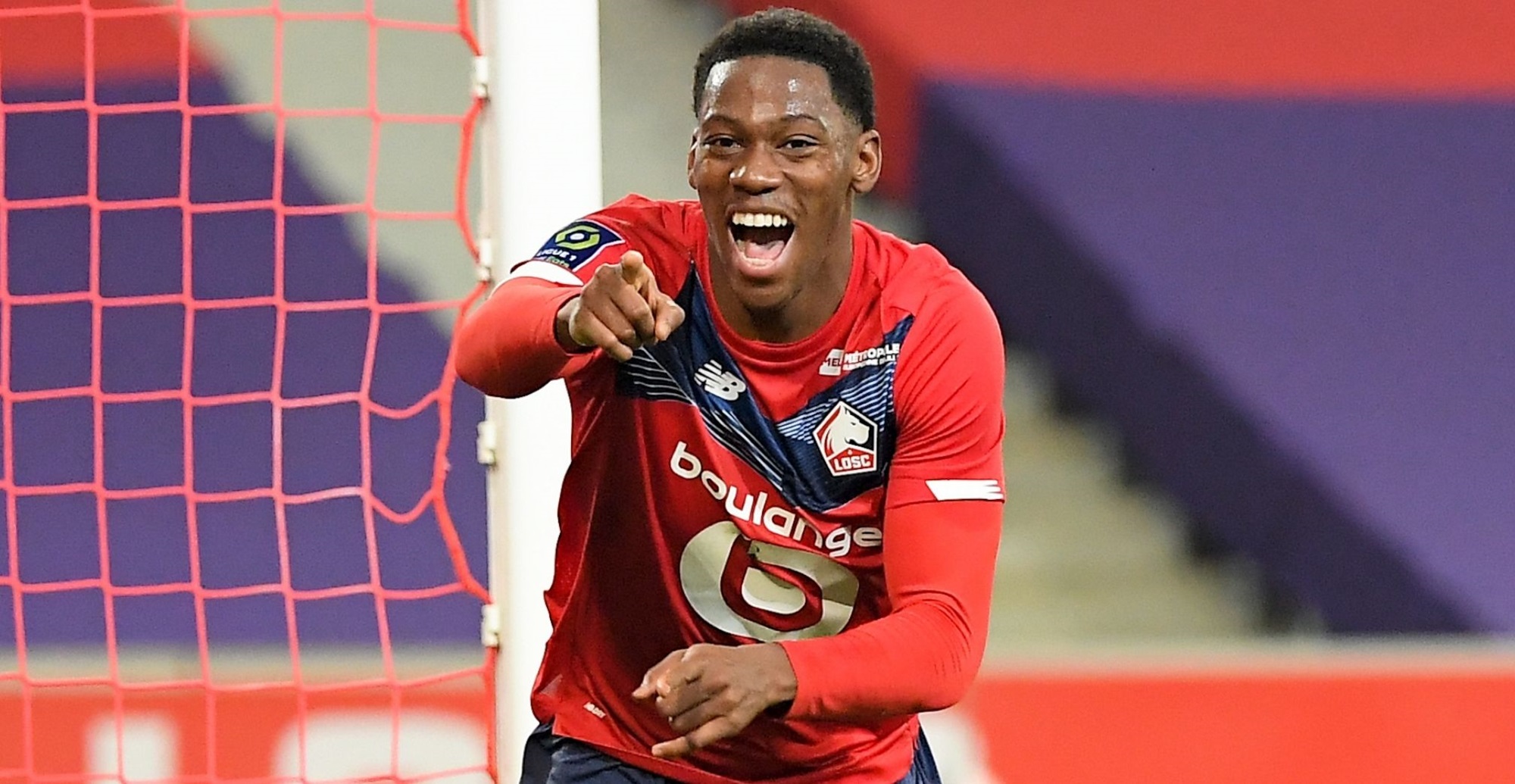 After some adaptation period to Ligue 1, Jonathan David is in great form and showing his best traits in the field. Brought by football guru Luis Campos, the Canadian was part of Lille’s title wining team, overcoming favorites PSG. A dynamic striker with great mobility and an eye for goal can be the cherry in the cake for Newcastle’s new era. 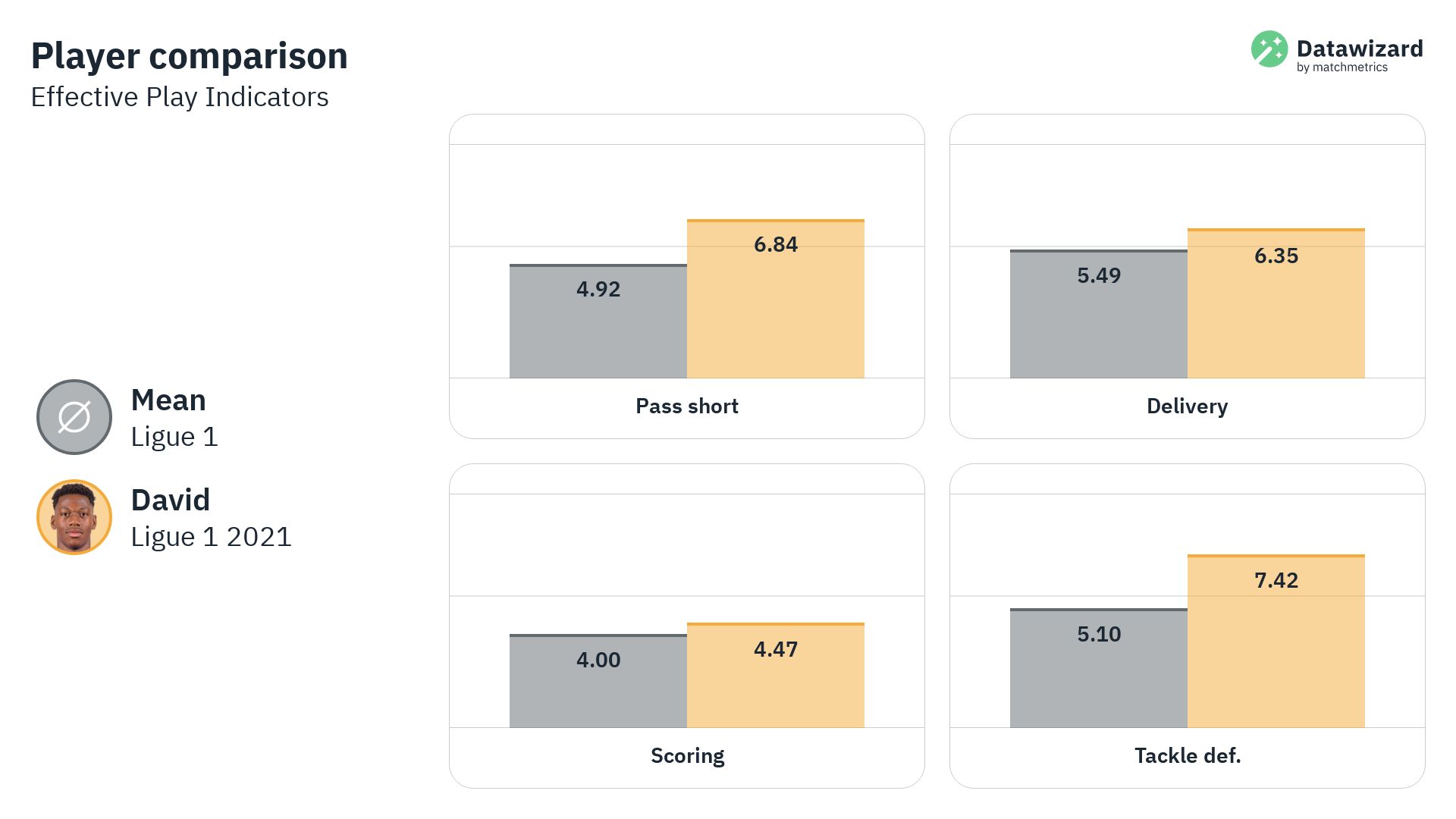 Good passing highlights how the player is able to contribute during the build-up, instead of waiting for the ball to eventually arrive at his feet. His tackling ability shows how his intensity and contribution when his side is out of possession. With 6 goals in 9 matches for Lille this season, Jonathan David could establish the forward reference for the Magpies for years to come, as he is just 21, with many years to come for even further development.

This is what the central on-pitch axis could look like for Newcastle. Do you have a related challenge? Do you want to find just the player you need? Are there any gaps in your squad? Are you looking to make the best transfers and spot the most-promising talents in football? Contact us and schedule a demo!